We all know at least one of those people: the people who are freakishly good at trivia, who take even the silliest of board games way too seriously, and who are way too competitive at Monopoly. They are the people who love game night, but what if those people were forced to apply those skills to a very real (and very dangerous) situation? That’s the premise behind “Game Night,” a comedy from directors John Francis Daley and Jonathan Goldstein. The result is a fun if forgettable movie that features a solid cast and a few stand-out moments that make for an entertaining 100 minutes.

“Game Night” Stars Jason Bateman and Rachel McAdams as Max and Annie, a married couple who met at a trivia night and continue to have a weekly game night at their place with their friends, fellow married couple Kevin (Lamorne Morris) and Michelle (Kylie Bunbury) and the perpetually single Ryan (Billy Magnussen), who brings a new date every time. Their usual routine is thrown out of whack when Max’s obnoxious but successful brother Brooks (Kyle Chandler) comes to visit and invited everyone for game night at the fancy house he’s renting. Brooks arranges for the group to participate in a murder mystery party, with role players coming in to act out scenes and the group having to find clues to solve the case. But while the audience quickly catches on that what is happening is real, the participants don’t, and they put their competitive nature and problem-solving skills to use figuring out what turns out to be a real case.

The plot sounds fairly straightforward, but it actually throws a lot of curveballs at the audience as well as its characters. This level of thought and detail put into the story isn’t something we see in a lot of comedies nowadays, and it is a pleasant surprise. And the film doesn’t take advantage of its R rating to go over-the-top on violence, raunchy jokes, or other gross stuff. Even though not all of the jokes land, and some of them are drawn out for too long, there’s still a good balance of funny dialogue and physical comedy. The film tries to bring some emotional drama into the story to bring another dimension to the characters, but there isn’t as much thought put in to that aspect as the rest of the movie, so the characters still don’t have a ton of depth. The most amusement is actually derived from trying to piece together the plot along with the characters.

A lot of the humor does work because the cast is so good. Bateman, and especially McAdams (who doesn’t get enough credit for her comedic prowess) dive wholeheartedly into the material, and they have good chemistry. They are able to play off each other in a way that makes an otherwise kind of dark scene like the one where Annie has to stitch Max up after accidentally shooting him hilarious. Meanwhile, Jesse Plemons steals every scene he’s in as Gary, an awkward policeman who lives next door to Max and Annie and longs to be invited to one of their game nights. All he has to do to get laughs is stand there holding his little dog, and a scene in the movie that takes place at his house becomes increasingly wild and funny as one thing leads to another. 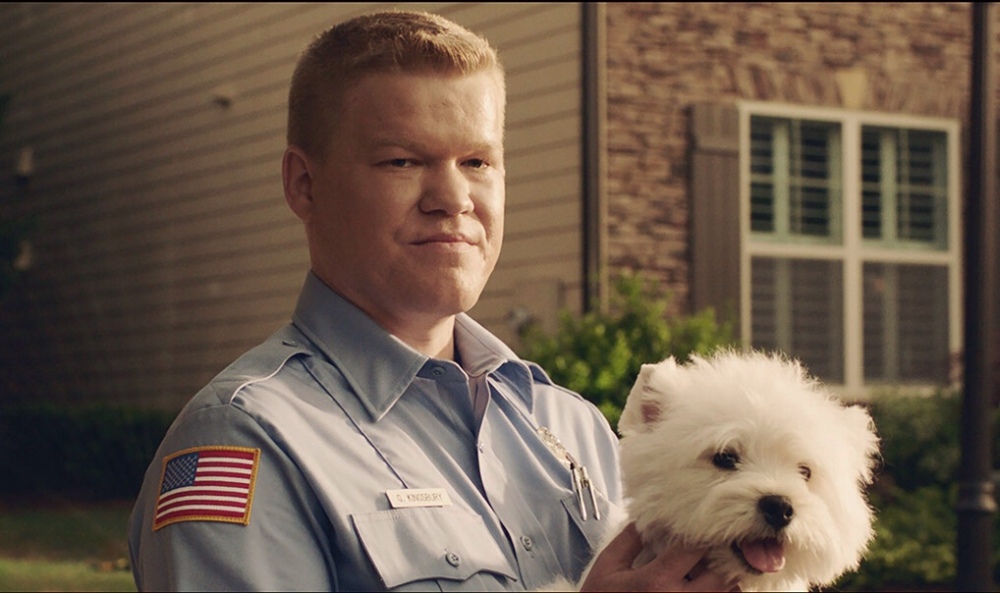 This movie also looks really good, with the directors doing a great job framing the scenes that are heavier on action. One of the stand-out scenes in the movie is when the characters are chasing a certain object, the camera following said object in one long tracking shot as characters move in and out of the frame around it. Maybe that’s part of the reason why there was such an overwhelmingly positive response to this movie. When, after a string of movies that aren’t particularly good, you finally watch a film that is a little bit better than the others, it’s easy to heap more praise on it than it deserves. The fact is that the comedy genre has been really suffering, at least over the last decade or so, with most of the films championing stupidity over wit. “Game Night” certainly has its moments, but none of it is good enough to be really memorable. The best comedies are the ones that you can watch over and over and they are still always funny. I can’t really see anyone doing that with “Game Night.”

One thought on “Review: “Game Night””