Early tomorrow morning, the Academy of Motion Picture Arts and Sciences will announce the nominees for this year’s Academy Awards.  Before the Golden Globe Awards earlier this month, I posted a list of predictions for Oscar winners and nominees in almost every category.  A lot has happened since then, so here’s my revised list before the nominees are confirmed.

This list takes into account many of the guild nominees that have been announced over the past few weeks, like the Producer’s Guild and Director’s Guild, which are usually strong indicators of which films will gain Oscar noms.  It also takes into account a film that I largely ignored in my previous list because I didn’t think it would be a strong contender.  “Hidden Figures” was released very, very late in the award season (though it is still Oscar eligible), but it’s a fantastic film that has gained widespread acclaim in addition to being a huge hit at the box office.  As for dark horse films that could sneak in some surprise nominations, don’t count out Martin Scorsese’s “Silence,” (which has been met with mixed reviews, but the Academy loves Scorsese), or even—wait for it—“Deadpool,” which unexpectedly received a PGA nomination. 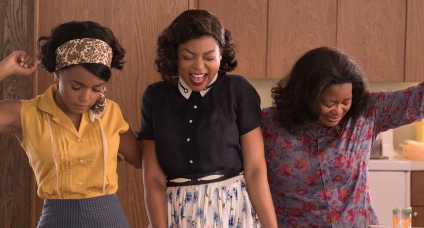 *”Jackie” is actually looking to be the long-shot at this point.  “Hacksaw Ridge” could also sneak in, but buzz for both of those haven’t been as strong lately.  We could be looking at an eight film Best Picture race instead.

*Mel Gibson’s chances for “Hacksaw Ridge” are diminishing all the time.  But Denzel Washington could sneak in for “Fences,” and of course Scorsese for “Silence.”

*Possible upset: Viggo Mortensen for “Captain Fantastic”—he received Golden Globe and BAFTA nominations for his performance, but no one seems to like the actual film if they’ve even seen it, so….

*A “Zootopia” coup would be ace.

*”Moonlight” is a bit problematic.  In every awards show so far, from the Golden Globes to the Writer’s Guild, it has been nominated in the original screenplay category.  However, it is actually extremely loosely based on a play.  I’ve heard that the Academy is actually sending it to the adapted screenplay category, which would change everything.  But I’m not sure of that, so I’m going with what I’ve seen so far.

IN CONCLUSION: I am currently calling for 12 nominations for “La La Land.”  Which would be a ton, but also wouldn’t be surprisingly.  Regardless of the exact number, it would be a surprise if any other film made out with more nominations at this point.