2016 has come to a close, and as strange and often sad as this year was, at least we can say we got some great movies out of it.  In fact, this was the first year I can remember that I struggled to fill my list of the year’s top 10 movies not because there weren’t enough that I was especially fond of, but because there were too many I though deserved to be included.  But I’ve managed to get it down to ten, resulting in a list that’s a mix of the films I believe are the best of the year, along with some personal favorites.  Click the links to read my full review of each film. 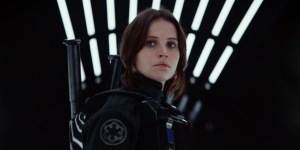 “Rogue One: A Star Wars Story”

The first stand-alone movie in the “Star Wars” universe takes the franchise into exciting new territory.  As it is set between the prequel and original trilogies, we already know how it’s going to end, but it is still enthralling to watch it all unfold thanks to a host of diverse and interesting new characters (including a strong lead played by Felicity Jones), the appearance of some old favorites and some references to the previous films, intense action scenes, and a story that is ultimately anchored in the same subject that “Star Wars” has always been about: family. 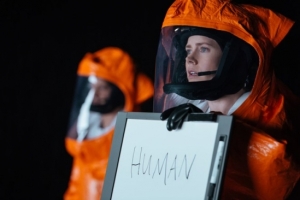 There is a lot of admire about “Arrival,” a sci-fi think-piece that maintains suspense without an overabundance of action, thanks to an intriguing premise, excellent special effects and creature design, and a fantastic lead performance by Amy Adams as a linguist working against the clock to decipher an alien language.  Its message of the importance of communication and understanding is one that our world today needs more of, and its beautiful finale, which tells us that it’s the journey and not so much the final destination that matters, ties everything together in a way that is both heart-wrenching and uplifting.

Natalie Portman is riveting as former First Lady Jackie Kennedy in this drama by director Pablo Larrain that details her life in the days following her husband’s assassination.  Larrain and Portman help us see the multiple sides to Jackie, from the façade she presents to the public to the feelings of grief and loss of control that lies underneath it, offering a whole new perception of a figure primarily seen as a fashion icon and wife of a former President, but who deserves to be remembered as so much more. 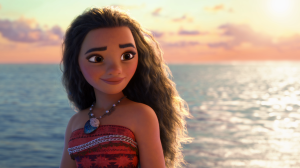 The second of two films from Walt Disney Animation this year is a return to the type of story the studio is most well-known for: musical fairytales.  But “Moana” is much more than your typical princess movie, taking elements that Disney has starting including in their films more frequently over the past several years—the adventure story, the strong, independent heroine, and ethnically diverse characters—and combining them all for a quest movie that follows young Moana as she journeys not just to fulfill a mission, but to find herself and where she belongs.  Songs by Opetaia Foa’i and Lin-Manuel Miranda, along with the most gorgeous CG animation the studio has ever created, help this movie earn its place among the studio’s classics.

Mel Gibson makes a triumphant return to the director’s chair with this film based on the true story of Desmond Doss (Andrew Garfield), a young man who enlists in World War II as a medic, but refuses to carry a weapon or hurt or kill any members of the enemy party.  Part inspirational courtroom drama, part gruesome war movie, Garfield links both sides of this story with his strongest performance to date.  Gibson, meanwhile, manages to show the viewer the atrocities of war without letting it interfere with Doss’ incredible underdog story.  Vince Vaughn as a supporting player in his best role in recent memory is an added bonus.

A modern western about two brothers (Chris Pine and Ben Foster) who go on a spree robbing banks across Texas to gather enough money to save their family home before the same banks they are stealing from foreclose on it, “Hell or High Water” manages to be both a tense, engaging thriller, an intriguing character piece, and a reflection on how the country has changed.  Pine and Foster deliver some of their best work, but it’s Jeff Bridges who is at the top of his game here as the ranger pursuing them.

Walt Disney Animation’s other release this year came as a surprise to almost everyone.  Venturing into uncharted territory, “Zootopia” is an animated movie set in a world inhabited by anthropomorphic animals, but rather than being a cute talking animal flick, it’s equal parts mystery, buddy comedy, and underdog story.  The film does all of those excellently, but then elevates itself above that with the inclusion of a message reflecting the unsettling social issues in our society today.  It’s not just entertaining; it’s important. 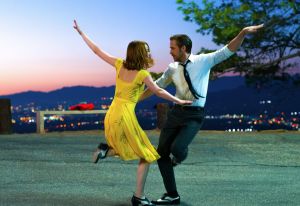 Director Damien Chazelle brings back the original movie musical in a way that is nothing short of magical.  Following two lovers (Emma Stone and Ryan Gosling) each trying to find success in Hollywood, “La La Land” is a modern story that draws on the techniques of films of the past.  It also successfully draws the viewer into a world that is equal parts reality and fantasy, as commuters leap out of their cars to dance and sing on an LA freeway, and Stone and Gosling float into the air and dance among the stars.  Boasting a soundtrack filled with new yet instantly memorable tunes, “La La Land” is the sort of movie that doesn’t get made anymore, but should be. 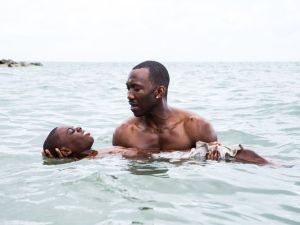 Barry Jenkins’ “Moonlight” is probably the year’s most beautiful film.  Told in three parts, each chapter detailing a time in the life of a young black boy living in the projects of Miami, “Moonlight” addresses common stereotypes about race, gender, and sexuality, and then proceeds to smash them into a million pieces.  Jenkins’ films the story in a way that is so painfully intimate, it sometimes doesn’t feel like we’re meant to watch it, and yet it’s a film that everyone needs to watch.  The ensemble cast is excellent, with Mahershala Ali the standout as the drug dealer who also mentors our young protagonist. 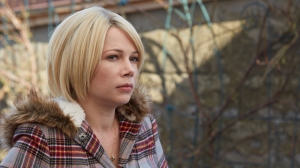 “Manchester by the Sea”

From writer and director Kenneth Lonergan, “Manchester by the Sea” is a film that addresses grief with unprecedented honesty.  The story’s characters, who are faced with the sudden death of a brother, father, and friend, are fully fleshed out humans, made all the more real thanks to stunning performances from Casey Affleck, Michelle Williams, and Lucas Hedges.  It’s wickedly funny and emotionally draining without ever becoming too melodramatic, and as the layers fall away and the lives and backstories of these characters unfold, it quickly becomes apparent that “Manchester by the Sea” is one of the year’s finest films.

Movies I haven’t seen yet (but would like to):